“I Can’t Breathe”: A Rallying Cry for Both #BlackLivesMatter and Environmental Justice

The COVID-19 pandemic has shown some of the ways that Black communities face the harshest consequences of our public health failures. We need to work together to implement climate adaptive policies that protect Black lives and close the gap.
Share on facebook
Share on twitter
Share on linkedin 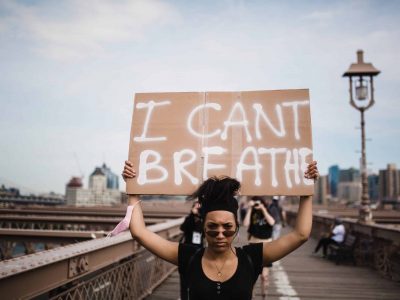 THE DISPROPORTIONATE SUFFERING OF THE BLACK COMMUNITY IN THE COVID-19 PANDEMIC BECOMES MORE EVIDENT EVERY DAY. Yet questions about why Black communities suffer higher rates of COVID-19 infection, hospitalization, and death remain only partly answered.

Epidemiologic and mechanistic answers arise quickly. Black people are over-represented in work sites that have risk for virus transmission, such as service sector jobs, meat-packing plants, nursing homes, and prisons. Another explanation relates to the higher level of pre-existing conditions that appear to predispose people to poor COVID outcomes, including high blood pressure, diabetes, and obesity, all conditions with higher prevalence in Black communities. Recent studies by the Northern California Kaiser Permanente Research Division show that about 75% of people hospitalized with COVID-19 had diabetes or high blood pressure.

A more foundational explanation for this disturbing trend is structural racism. Decades of redlining have resulted in predominantly Black neighborhoods having higher levels of air pollution and lower access to health promoting amenities such as grocery stores and parks. In 1999, the Institute of Medicine, now known as the National Academy of Medicine, coined the term “double jeopardy,” which means that socially disadvantaged communities often bear the burden of higher exposures, a form of environmental racism, but because of higher rates of pre-existing disease, inadequate access to nutritious foods or healthcare, and chronic psychosocial stress,  the same communities that are disproportionately exposed to all types of harms and toxins are less able to respond and protect themselves from these exposures. 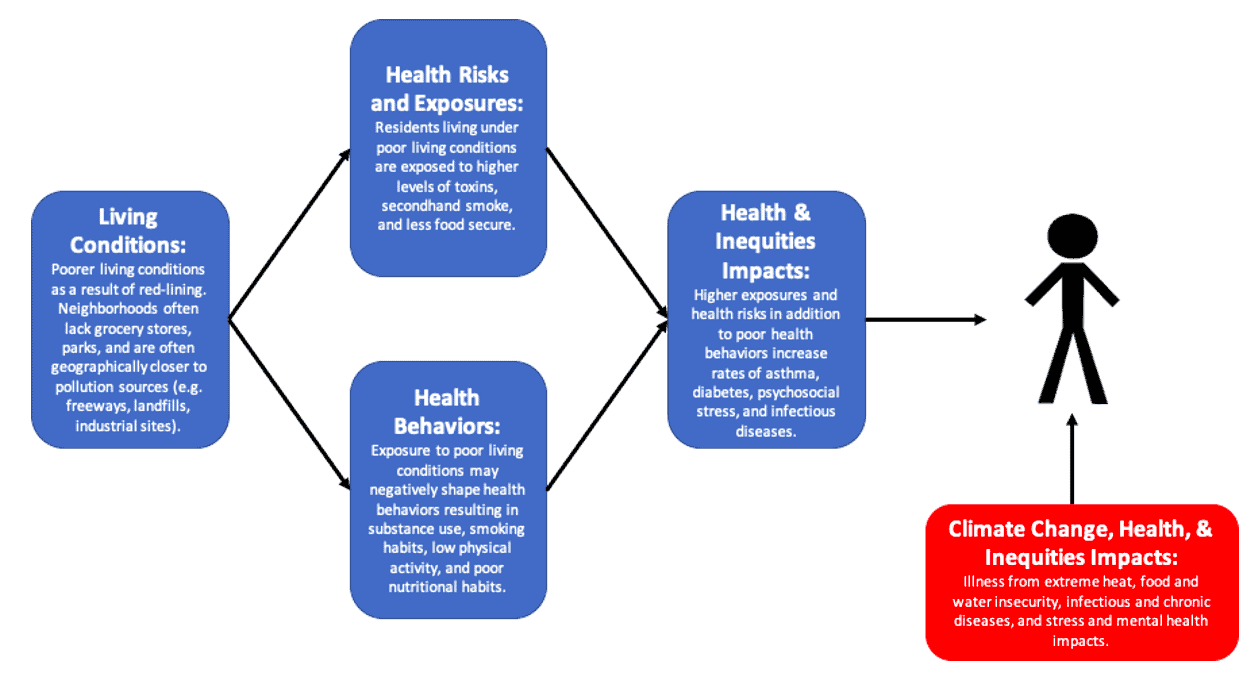 COVID-19 has highlighted the ways in which Black communities systematically face the harshest consequences of our public health failures. This will inevitably play out on an even grander scale with the rapid acceleration of climate change. While climate change impacts all communities, Black communities are more vulnerable to its effects, such as extreme heat, wildfires, and extreme weather events like hurricanes. Why? Because climate change and health inequity share many of the same systemic drivers (blue boxes in Figure 1), and the impacts of climate change (red box in Figure 1) then reinforce these factors. For example, studies show that predominantly Black neighborhoods are twice as vulnerable to heat stress as White communities. There are many reasons for this. Higher rates of obesity and diabetes increase susceptibility to the stress of an extreme heat day. Poverty and old housing limit the affordability of air conditioners. Lack of green space increases the urban heat island effect, reducing the possibilities of nighttime cooling.

The lower levels of air conditioning also imperils Black households during wildfires because they cannot cool their homes without being exposed to the smoke outside. With wildfire activity already at historically high levels and projections for longer, more frequent and larger fires due to climate change, this will again double the jeopardy .

As the oceans warm, the potential for catastrophic hurricanes will worsen due to climate change. Hurricane Katrina in New Orleans hit Black communities disproportionately because Black people were more likely to live in areas prone to flooding, again due to redlining and other racist housing policies.

The social determinants of health (blue boxes in Figure 1) become the social determinants of vulnerability during disasters, whether we’re talking about climate change or pandemics. The COVID-19 pandemic has highlighted how structural racism and its legacy undergird the harms suffered by Black communities. We have the opportunity to learn some important lessons from COVID-19 before we see these disparities further worsen due to climate change. We need to work with local communities and implement policies that reinforce our belief that Black Lives Matter, especially in a changing climate.

New research shows that adding green space in LA’s “park poor” neighborhoods could lead to a population-level gain of some 165,000 years in life expectancy. 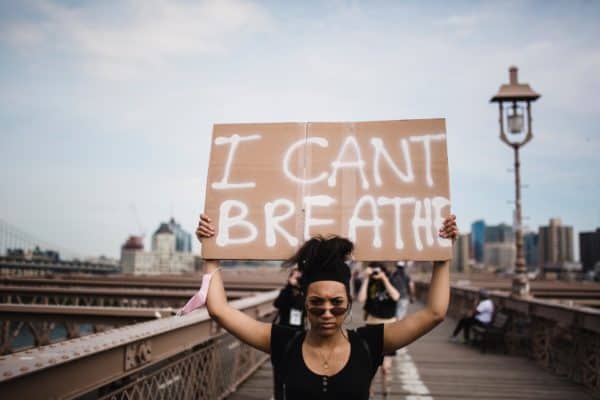 “I Can’t Breathe”: A Rallying Cry for Both #BlackLivesMatter and Environmental Justice

The COVID-19 pandemic has shown some of the ways that Black communities face the harshest consequences of our public health failures. We need to work together to implement climate adaptive policies that protect Black lives and close the gap. 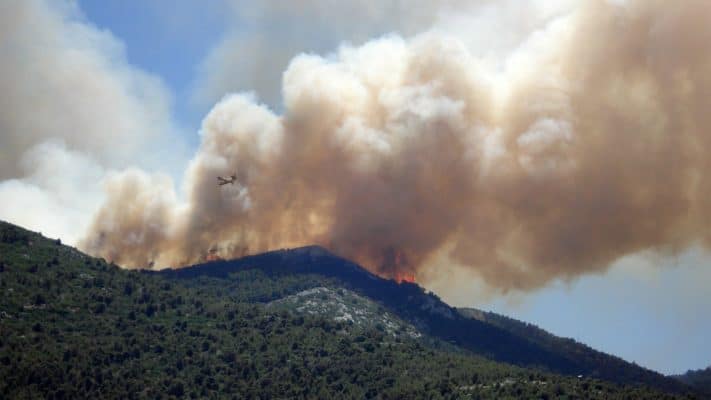 The new FSPH-based UCLA Center for Healthy Climate Solutions will work with policymakers on strategies for protecting human health against a growing threat. 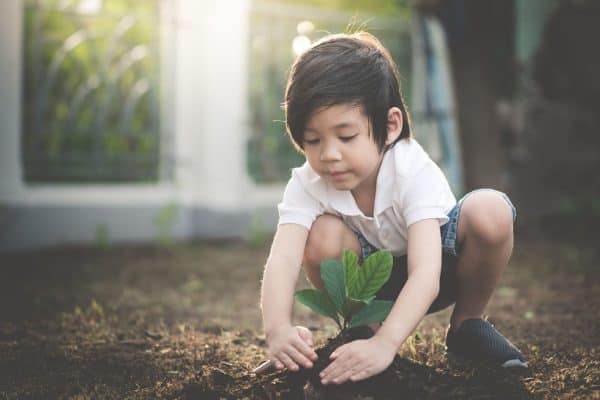 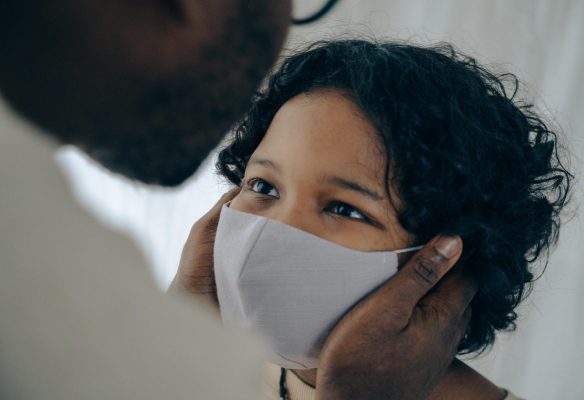 COVID-19 in a changing climate 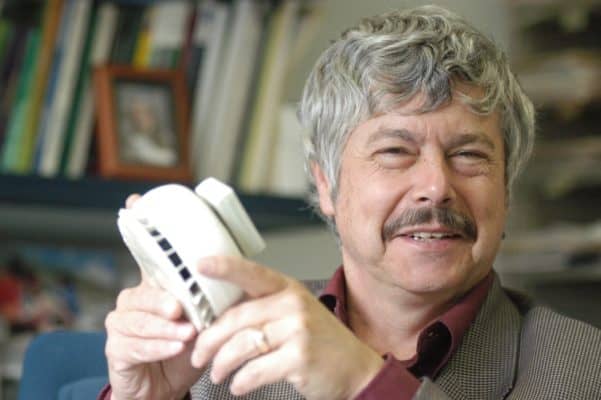 A tribute by Michael Jerrett