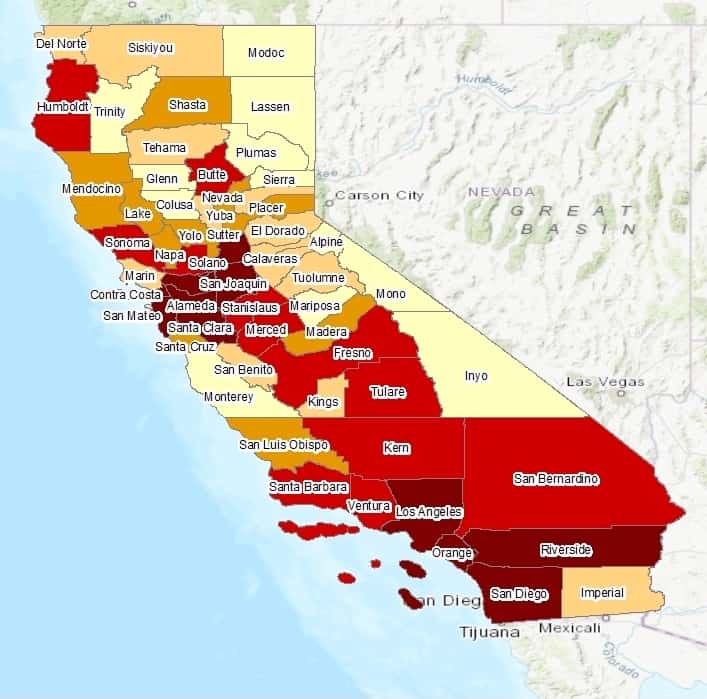 As California enters the hottest season of the year, residents and policy makers can tell at a glance how extreme heat harms a community’s health, down to the neighborhood level, with a new on-line tool developed by researchers at the UCLA Fielding School of Public Health.

“With the urgent threat of extreme heat over the summer, it’s critical that we have tools to support effective preparedness and response,” said Dr. David Eisenman, Fielding School professor of community health sciences and co-director of the UCLA Center for Healthy Climate Solutions and the UCLA Center for Public Health and Disasters.

“We’re releasing the tool for public beta testing for two reasons. First, we believe that the data we’re making available is critically important to protect people’s health now. And secondly, we want to understand how we can make this tool as useful as possible to California communities and policymakers,” said Eisenman, an advisor to the city of Los Angeles’ recently-organized office for emergency response to extreme heat events. “The tool shows us where there’s the greatest need for action and investment. By making it easy to use and working in partnership with communities on its development, we’re using this tool’s release as a step towards promoting health equity and environmental justice.”

The on-line tools — available at www.uclaheatmaps.org — features several elements to ensure the map and its outputs are easy to understand and widely accessible to users, including a tutorial video and a feedback form, where users can submit recommendations for improvements or report any issues.

“Our heat map allows us to visualize and understand real health risks due to heat, based on historical data,” said Dr. Diane Garcia-Gonzales, one of the lead developers. “The model we developed helps us overcome some of the issues of underestimation that we typically see for extreme heat impacts.”

“This is a unique health and heat risk map that will help the City of Los Angeles target resources to the most vulnerable areas exposed to extreme heat and thus prioritize the mitigation and adaptation measures where they are most needed,” said Marta Segura, the city’s newly-appointed “chief heat officer.”  “Climate, health, and equity are the pillars of our work at the City of Los Angeles.”

UCLA continues to lead on research to help California prepare for a hotter future under the climate crisis. The tool also adds to UCLA’s broader portfolio of resources — including a recently launched tool created by the Luskin Center for Innovation in partnership with the Public Health Alliance that visualizes extreme heat in California over the coming decades.

Nurturing and Sustaining Hope As We Face the Challenges of Climate

How do heat waves impact health in your Southern California neighborhood?

How dangerous is extreme heat in your neighborhood? This map tells you

Join us for the Inland Empire Data Summit on Environment, Climate, and Energy on Wednesday, February 1 from 10am-12pm via Zoom! C-Solutions co-director David Eisenman will be speaking about the UCLA Heat Maps.
Register here: https://www.eventbrite.com/e/ie-data-summit-environment-climate-energy-tickets-487154591497
@deisenman #FSPH

According to the UCLA Heat Map, disadvantaged, low-income and pollution-burdened communities experience as much as 15% more hospitalizations and premature mortalities during extreme heat waves.

University of Chicago’s Public Health Department is recruiting for an open-rank position in Climate Change and Health this year. The position is open to any discipline that can contribute to the issue and join a great public health faculty.